After May's blog post of thunderstorms and heavy rain, we have since been graced with two months of extremely dry weather. In fact, the south east has not reached even 10% of the average rain seen in June and July. Temperatures have been lingering around 25-30°C for a couple of weeks, but it looks like that is set to change over the weekend with rain expected in the coming days and day time temperatures dropping in to the low 20s.

What this has all meant for July, particularly the latter half, is a lack of activity on the feeders, with most customers noticing a trend of 'disappearing' birds. Our feeders have almost come to a halt, and both the number of species and overall number of birds dropping significantly. Blue tits, great tits and sparrows are still regular, with the occasional visit from a coal tit, robin, dunnock, blackbird, goldfinch or chaffinch. Not forgetting of course the dozen or more white doves which have taken up residence all over the farm, while the tame, scruffy pheasant has taken to coming in to the shop to eat in peace. A few hirundines still grace the sky, but even they seem to be quieter in this particularly hot weather.

The biggest factor for this? Birds eat to sustain energy, a bit like us (although they have faster metabolisms), so when temperatures are like this, they lose less energy and therefore don't have to eat so much to survive. Also, unsurprisingly, there is more natural food around at this time of year. Although the rate at which the feeders have slowed this year is more dramatic than previous, it is an annual trend for July to tail off and activity to remain quiet for August and September.

We've had no notable sightings here recently, apart from irregular visits from a hobby. 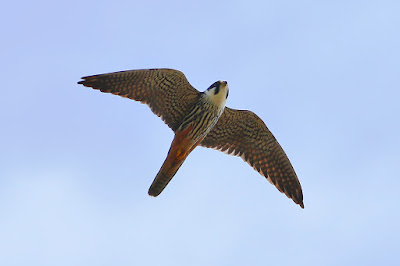 While the birds quieten down, butterflies become more active. Our buddleias outside the shop are a big draw, attracting quite a few different species.