Tuesday was a good day for birds, lots about and blue skies too. 2 male Bullfinches, Treecreeper, Grey Wagtail, the pair of Kestrels, Buzzard, Goldcrest, Coal Tits, Long-tailed Tits plus all the usuals. 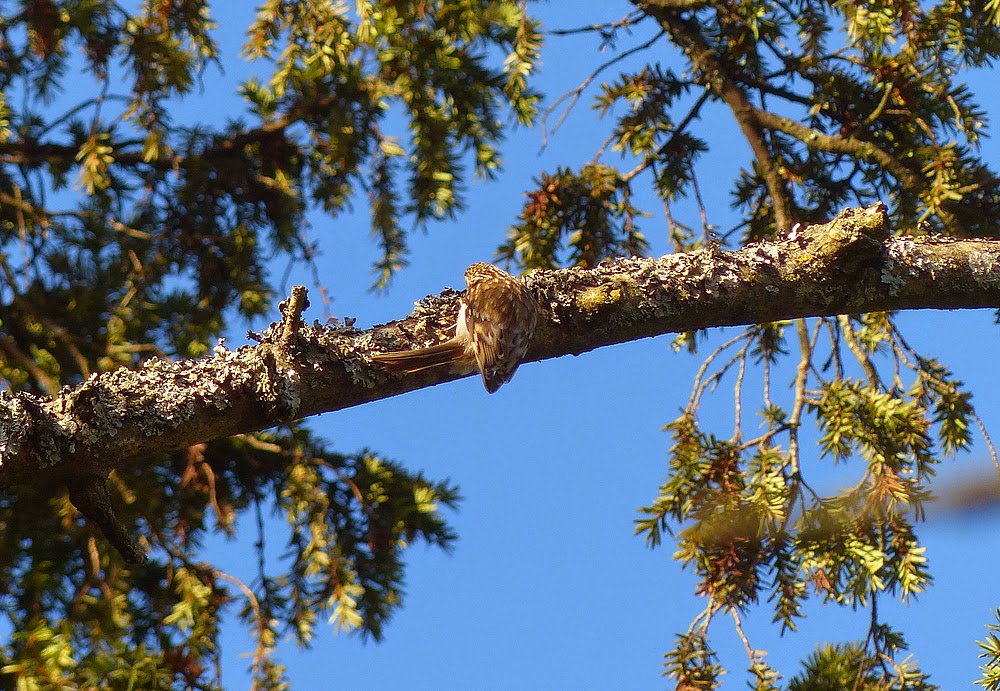 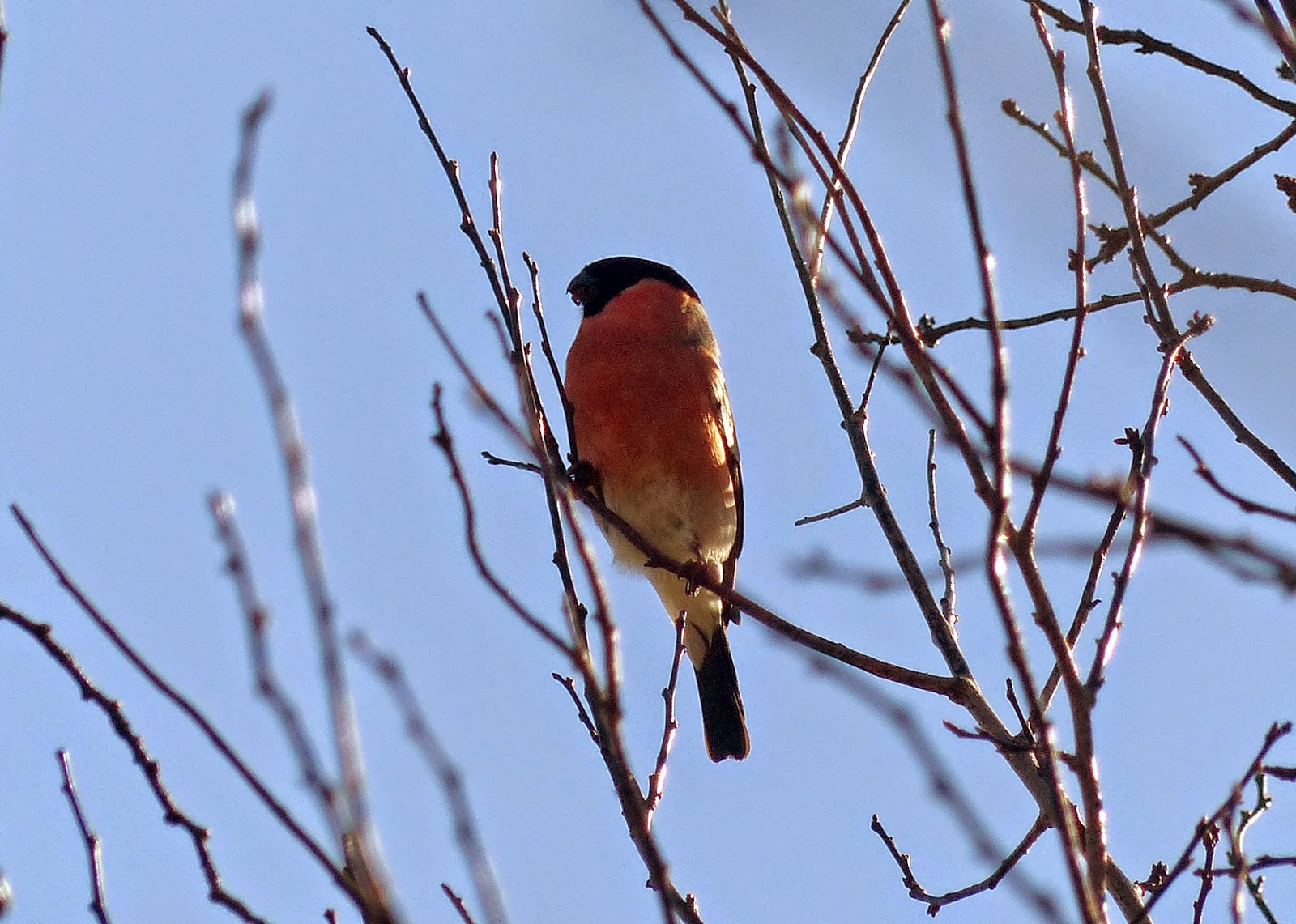 Much wetter by the end of the week but still feeling cold, the feeders are still very busy in the Nature Area. The Robins are now very vocal and others have started singing now too - Chaffinches are looking smarter and the males are making themselves heard, Great Tits are 'pichu'ing and the Great Spotted Woodpeckers have been drumming for a few weeks. Rather a rainy day for photos but one Robin came just in front of the hide. 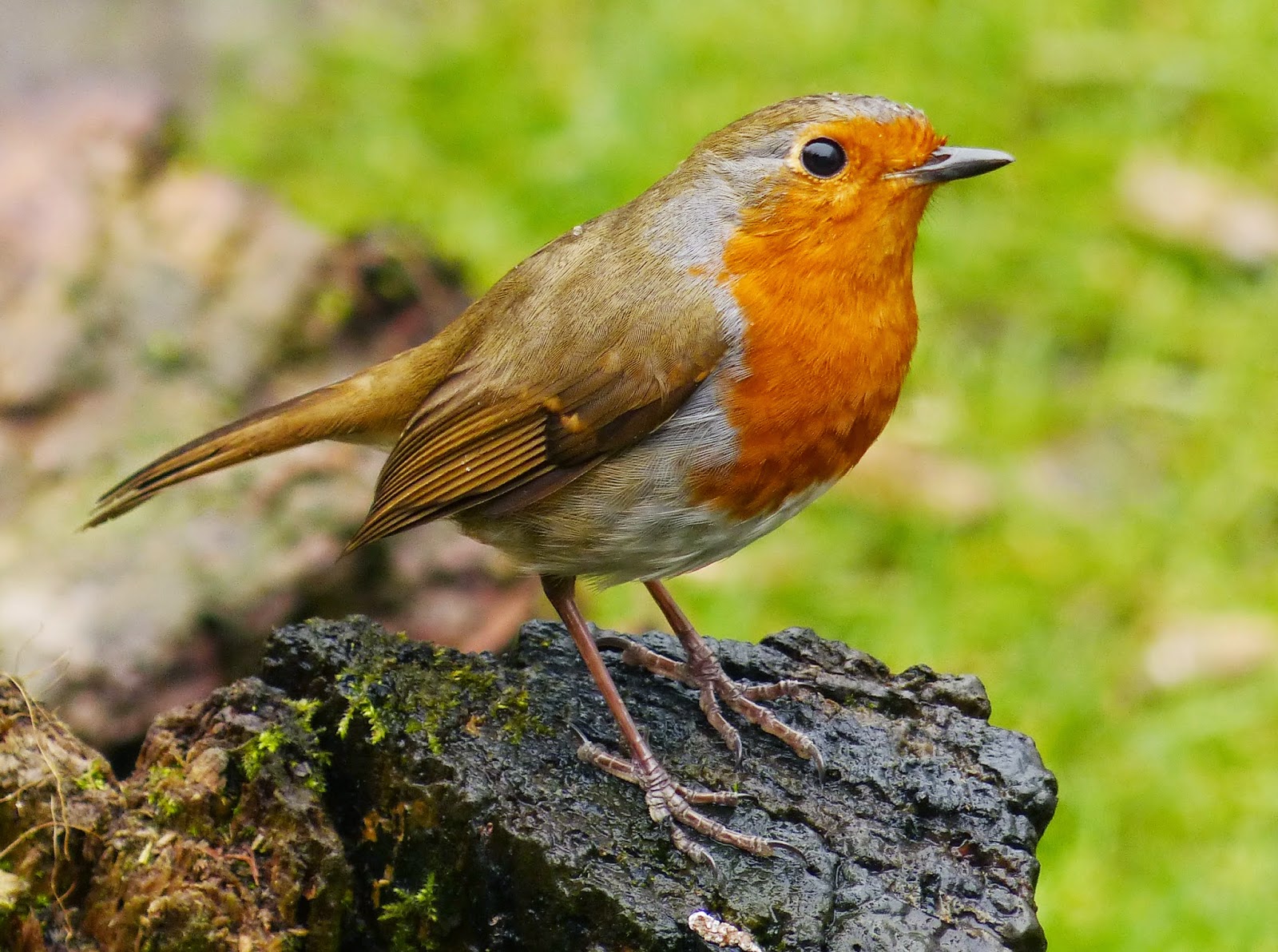 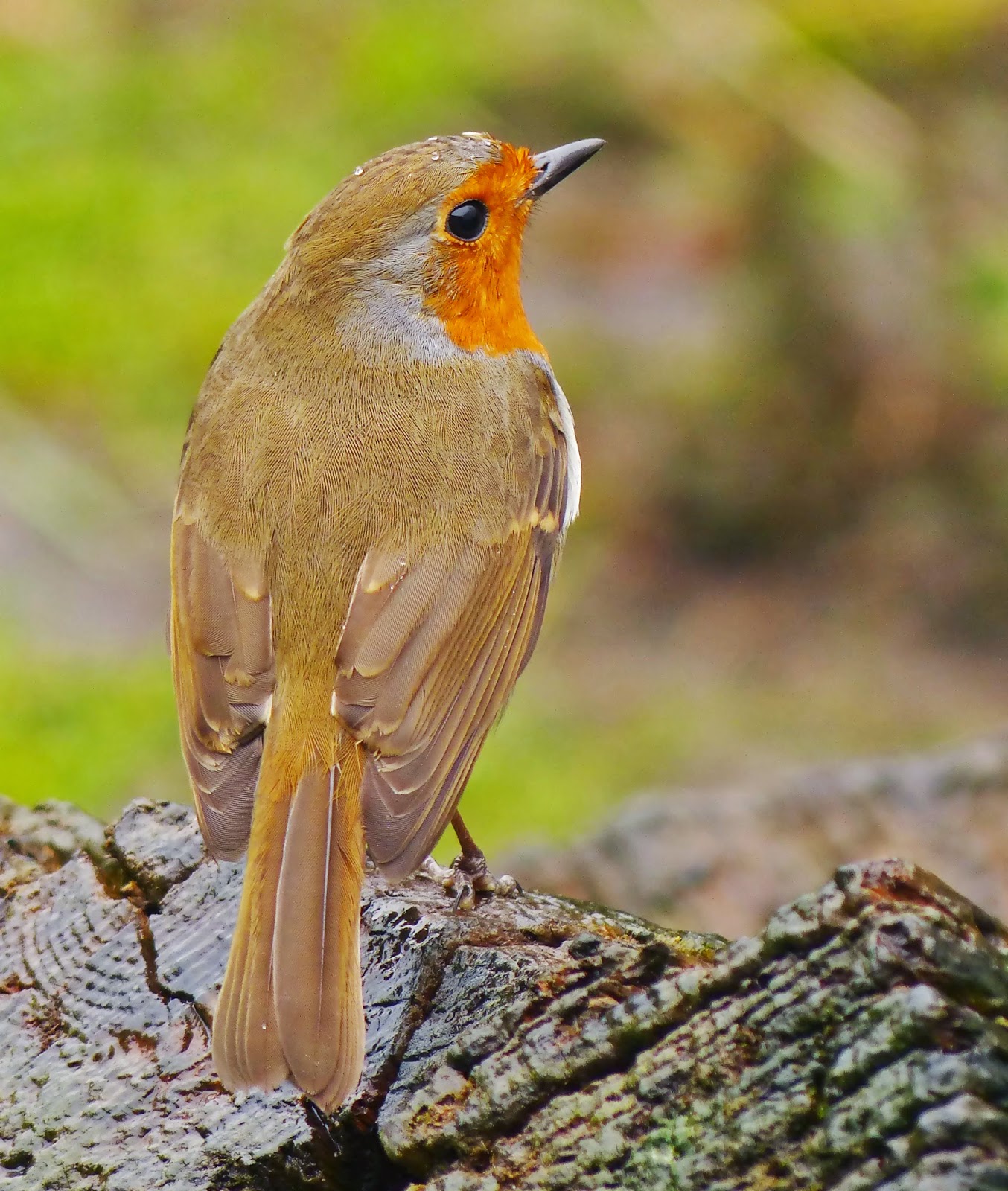 There's also a fair bit of activity/movement with the Fieldfares it seems, we haven't seen much of them this winter but there have been a lot flying over recently.

This morning brought about our third ever sighting of a Peregrine, just a 30 second view as it passed over the car park on its way to the coast. The Treecreeper(s) are still visiting most days and up to 5 Bullfinches are still spending much of the day in the flowering Cherry tree.


Goldcrests are also quite regular at the minute though proving difficult to photograph! The Nature Area is very busy with Goldfinches, Greenfinches & Chaffinches, the female Brambling was also back again on the morning of the 11th for a brief spell. There are at least 4 Robins and as many Blackbirds searching for food and fighting for territory, the Wren is showing very nicely at the minute too, searching for food in all the little nooks and crannies under the rocks and logs around the pond. I spent a while yesterday morning putting in a new 'tripod' of logs to hang more feeders on and also tidied up around the pond, probably disturbing a few grubs in the process for the Wrens, Robins and Blackbirds to find.

Back in the shop we have taken delivery of the full complement of Vanguard binoculars, available to try out and purchase in store or buy online: www.shop.featherswildbirdcare.co.uk/vanguard.html
Posted by Joe at 12:57 No comments:

Where have all the Siskins gone?

The arrival of Siskins in our Nature Area is one we anticipate and look forward to every year. Last year, the first bird arrived on the 28th January and we had them until early May, by which time the youngsters were already visiting as a mild Winter led to an early breeding season. This year we haven't seen or heard one here and according to the BTO, the shortage of Siskins in gardens is most likely down to a bumper crop of Sitka Spruce seeds. In fact, fewer gardens reported Siskins at the end of 2014 than since Garden BirdWatch records began in 1995. There is still time, of course, as this particular supply of natural food won't continue forever, so keep your eyes peeled for these colourful small finches on your Sunflower or Peanut feeders.


The recent cold snap that saw a few snow showers seems to have passed with temperatures back up to around 8° forecast for the next couple of weeks, but wet weather also may encourage the Siskins on to feeders as the spruce cones close up in the rain. You can find out more about the BTO's Garden BirdWatch survey here, or record your sightings using BirdTrack.
Posted by Joe at 11:25 No comments:

Every February for the past few years we have visiting Treecreepers to the area outside the shop and low and behold they have turned up again. Late in January we spotted one high up in the oak tree in the car park (the first sighting in months), then yesterday one with a ring on turned up on the wall outside the shop. Though I couldn't get the ring number, we've only ever had one ringed here (2 years ago) so it's almost certainly the same bird, though there have been more ringed within the village a few miles away. Today, what we initially presumed was the same bird arrived again, spending the best part of the early afternoon in between the shrubs and the wall outside, though we soon realised this bird didn't have a ring, confirming we have at least 2 of these beauties visiting.

The Long-tailed Tits are also visiting regularly as are the Bullfinches, which are spending most of their time on the flowering cherry. The latter is quite a unusual bird for us here, though it's certainly a good time of year to spot them. 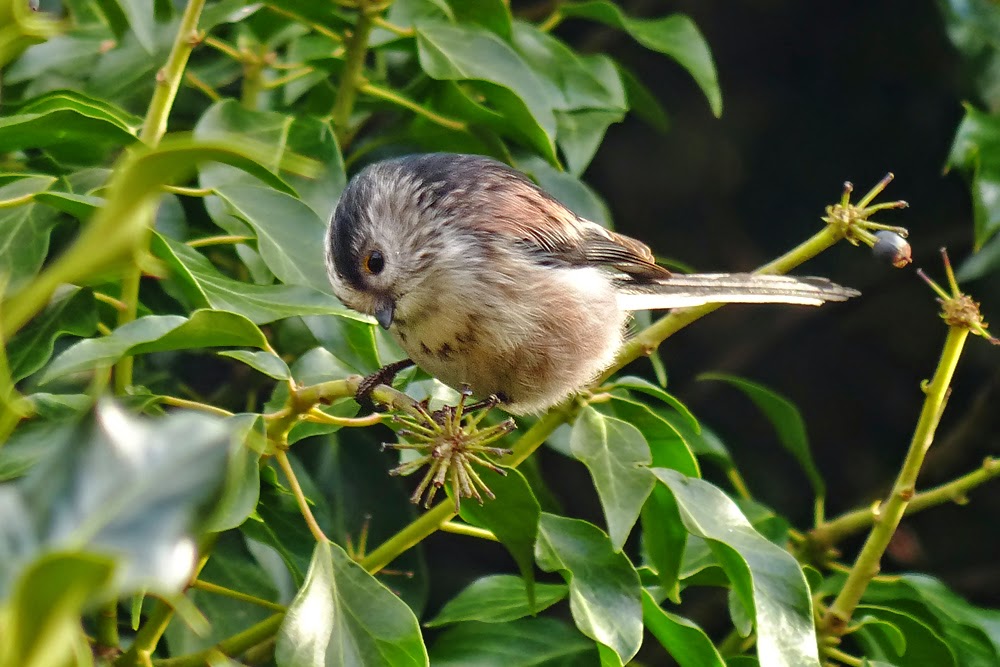 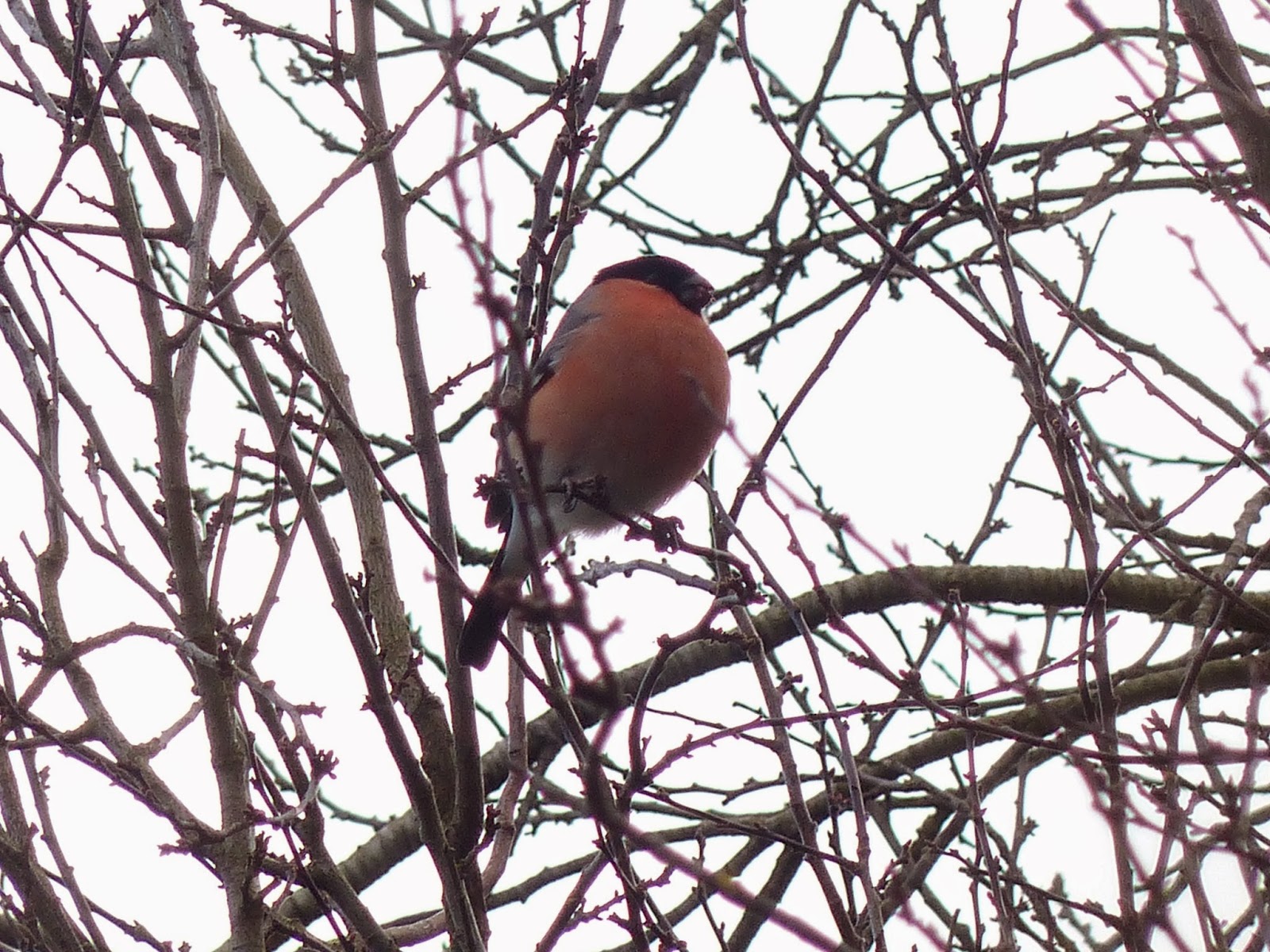 We often get Buzzards here as they breed in the woods of the house up the road, though most of the time we spot them high up in the thermals. On the 29th January I spotted one in the far field in front of the hide, not the usual 'mewing' call but rather a different call that I have heard in the past. This bird was searching for insects on the ground, occasionally picking up before coming back down again. A bit far away for decent shots but still interesting to watch! 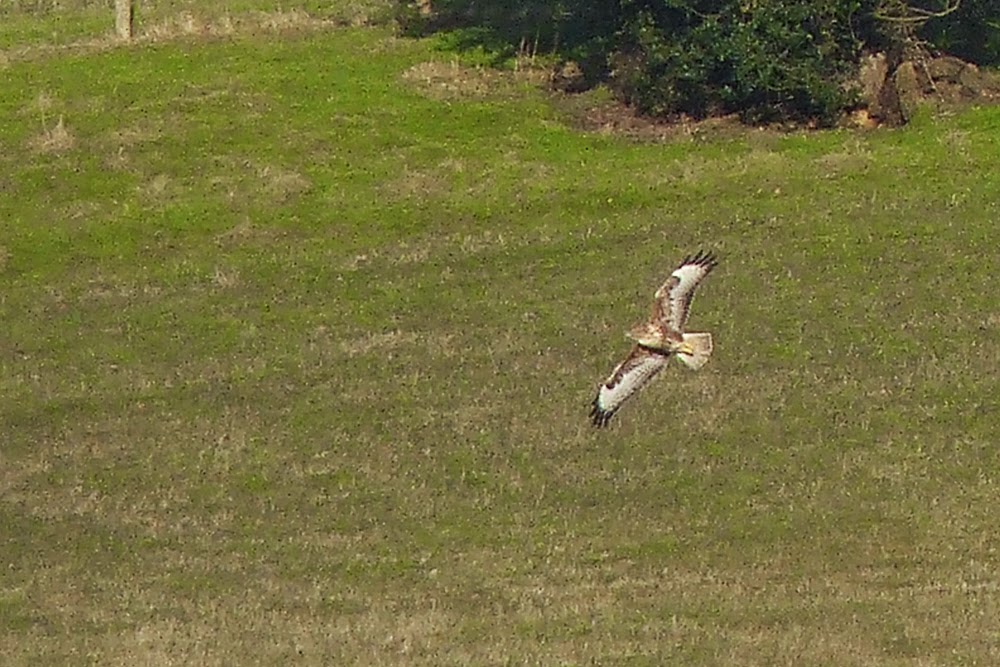 Finally a couple more notable sightings, both on the 27th January, a Red Admiral butterfly on the roof and a Blue Tit with an elongated lower mandible in the Nature Area. 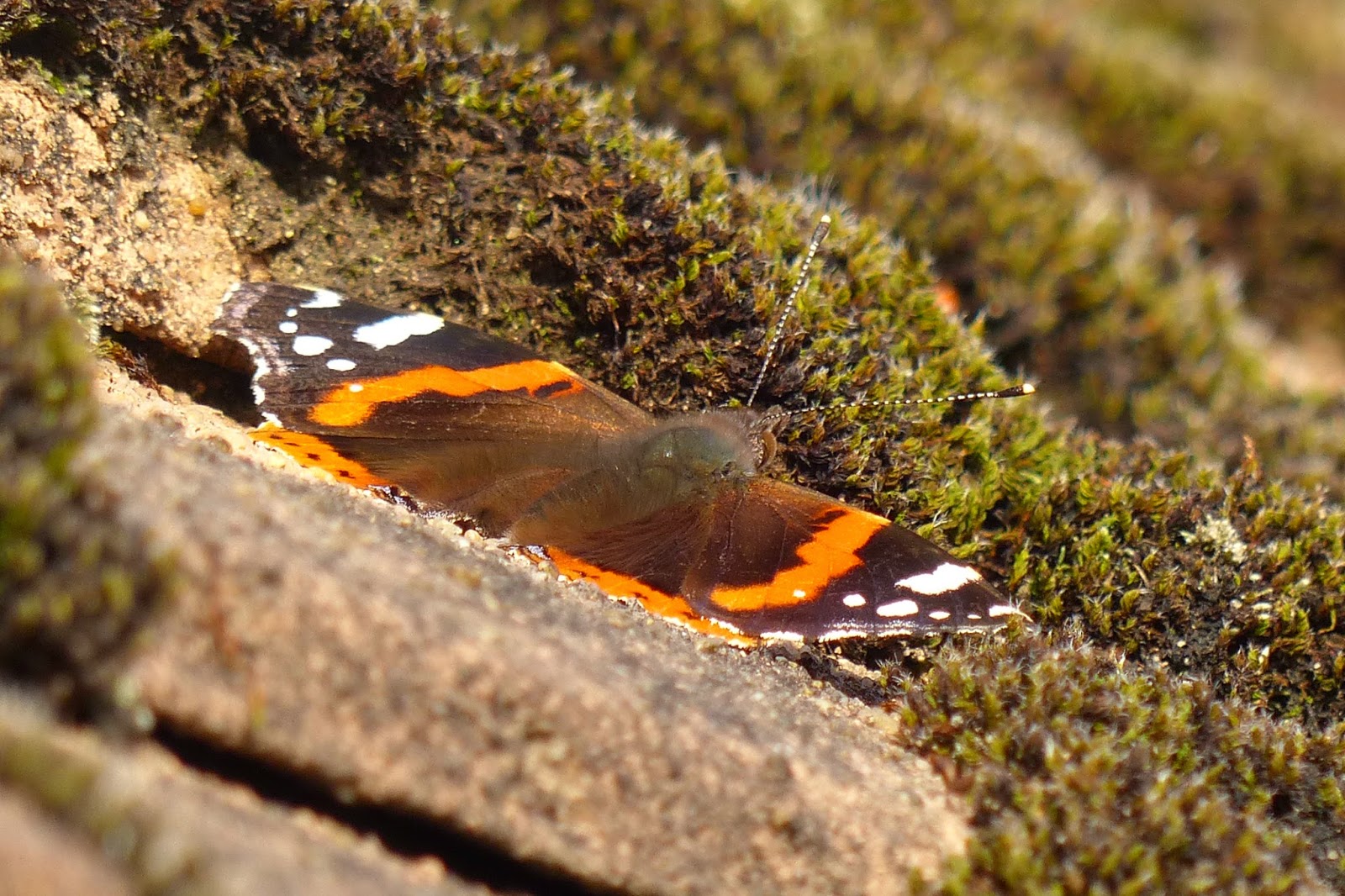 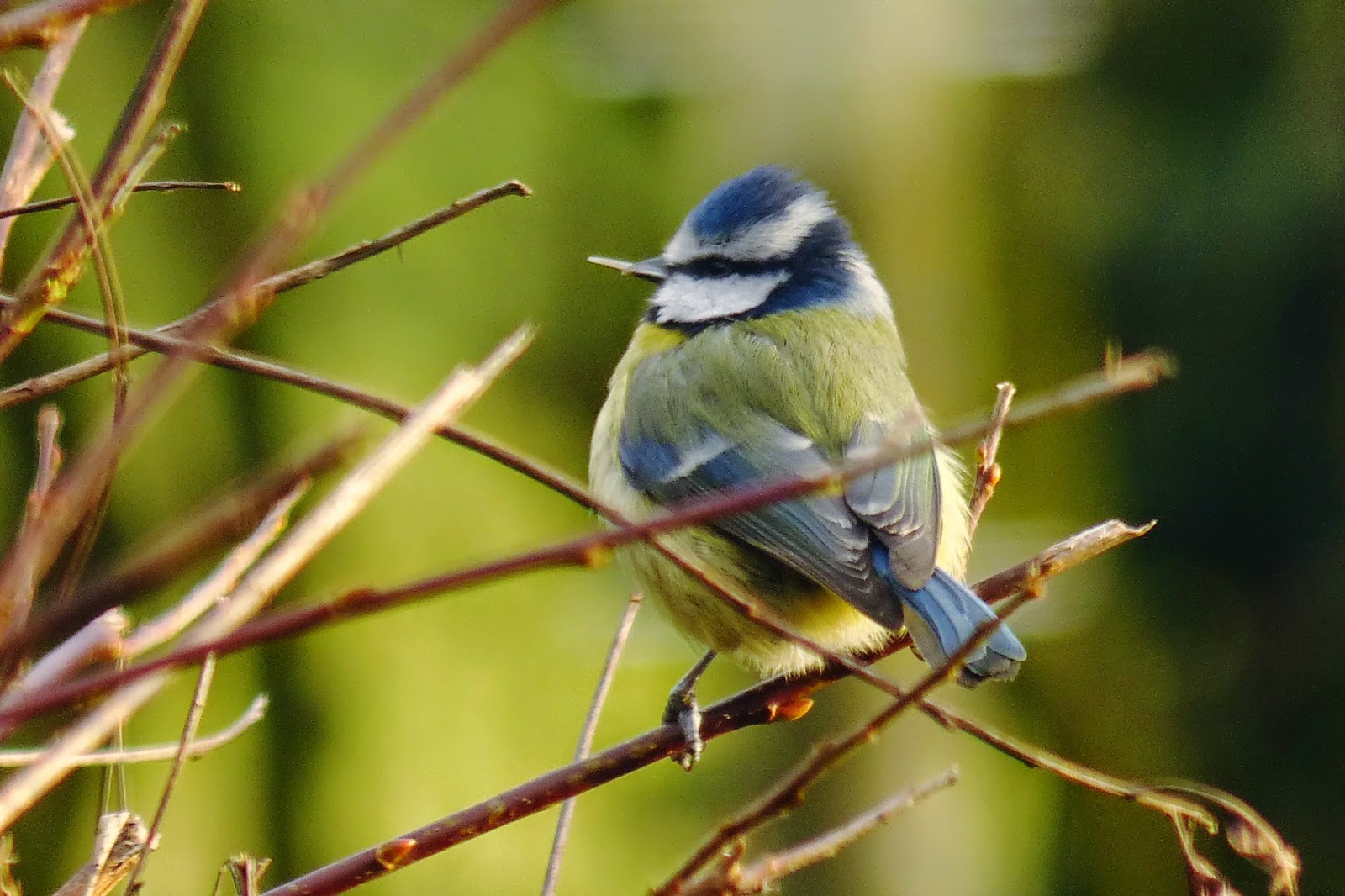