It's been a fairly average summer, both weather wise and bird wise. There has been very little of note, but it does seem to have been a successful breeding season for many garden birds. Once again blue tits have been the most abundant, but we've been hearing reports of house sparrows, goldfinches and great spotted woodpeckers aplenty too.

A pair of kestrels nesting in the church again this year, raising 3 or 4 young. Occasionally a hobby caused a stir, harassing the youngsters but soon seen off by the adults.

The swifts, which also nest in the church, seemed to have another successful year, with a highest count of 16.

Green woodpeckers have been busy this summer, the farmhouse lawn the most common place to find them but one juvenile took a liking to sitting on the old wall.

Both male and female sparrowhawks have been swooping through, with an unfortunate sparrow falling victim to the male on one occasion.

Buzzards had been oddly quiet early in the summer, but with the arrival of some finer weather later in August, sightings became more regular.

August was dominated by blue tits on the feeders, with species such as blackbird and great spotted woodpecker becoming notably absent as they found more natural food. By later in the month the long-tailed tits arrived back after a summer hiatus, and a few chiffchaffs starting appearing, feeding up before their long migration south.

We are still waiting for our 100th species, having been on 99 now since spring last year. Bring it on!

Where are all the hirundines?

This year there seems to be a real shortage of swallows, house martins and swifts across the county (and maybe Country?). Here at Feathers we used to have dozens of pairs of house martins nesting between the old vicarage and the farm house, whereas now we are lucky if we see any at all. Swallows have bred on the farm in years gone by, but again we now only see them occasionally. Fortunately, the swifts that call the church home still seem to be stable, with about 8 birds back again this year. Other birders in the area and plenty of customers have noted the lack of hirundines this year and it would be interesting to know whether this has been a trend for the whole of the UK.


On a more positive note, we have had a firecrest present for at least a month now. Throughout the day I can hear it singing somewhere just over the road. For the most part, owing to their protected status (Schedule 1 species), we haven't been even trying to look for it, but just knowing it is here and potentially breeding is great news for us. However, we were afforded wonderful, albeit very brief, views of it earlier in the month.


It seems to have been favourable weather for the breeding season, if anything perhaps a bit too dry! Hopefully it will mean great success for many species. So far we have seen young starlings (although the boxes weren't used this year), sparrows, great tits and blue tits. No doubt the blackbirds, robins and dunnocks have fledged but we haven't been introduced by the parents yet. The great spotted woodpecker parents have almost been a fixture for the last couple of weeks, taking food away but back within minutes. Perhaps there is more than one pair. No sign of the juveniles yet but I hope it won't be long.

A dearth of unusual visitors

I haven't 'blogged' for months, the reason being there hasn't been much to share. So far this winter, apart from a very brief cold snap at the end of Jan/start of Feb, it has been pretty mild. The feeders have still been busy but only with the regular visitors; we haven't seen siskins, redpolls or bramblings, while the redwings and fieldfares occasionally fly over but are finding plenty of food around. Lots of customers are also reporting a dearth of unusual visitors.

Now the birds are thinking ahead to spring; the great spotted woodpeckers have started drumming, the blackbirds have started singing, and great tits in particular have become very vocal.

The rarest visitor was a female black redstart in late November. 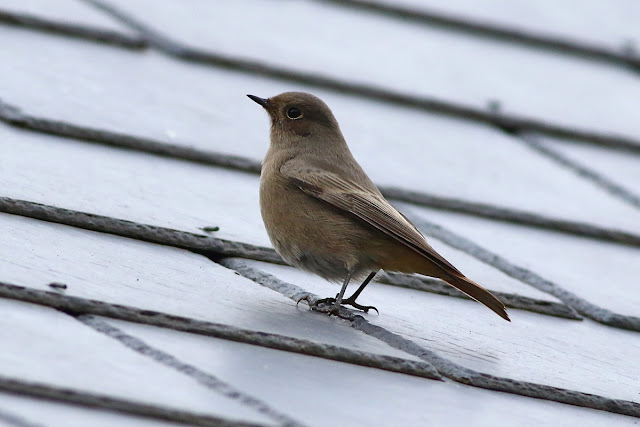 A recent poll on our Feathers facebook group asked 'Which is your favourite bird?'. A tricky question, with lots of suggestions posted, but the clear winner was the long-tailed tit. These gorgeous birds are popular for their character as well as their sweet looks, as they stick together in family groups. While they are around all year, the winter is the best time to spot them in your gardens, and good quality suet and peanuts are their preferred foods. During this past month we have had a group visit our feeders outside the shop regularly. Here are a few photos for your viewing pleasure :) 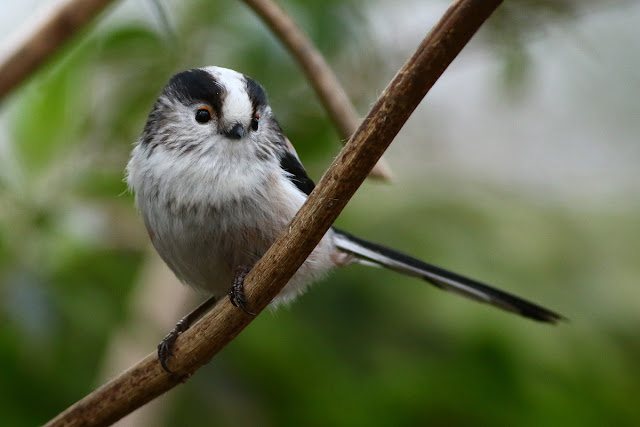 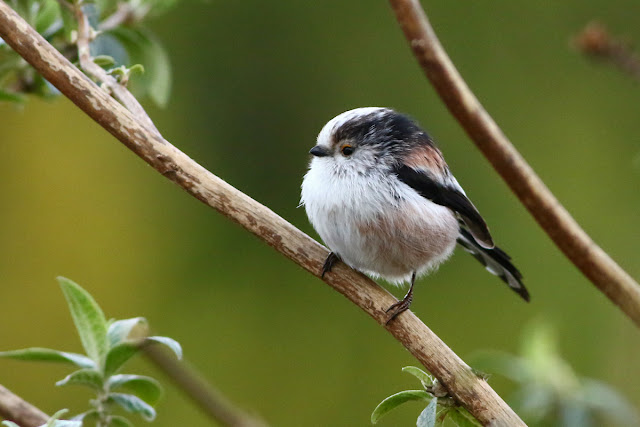 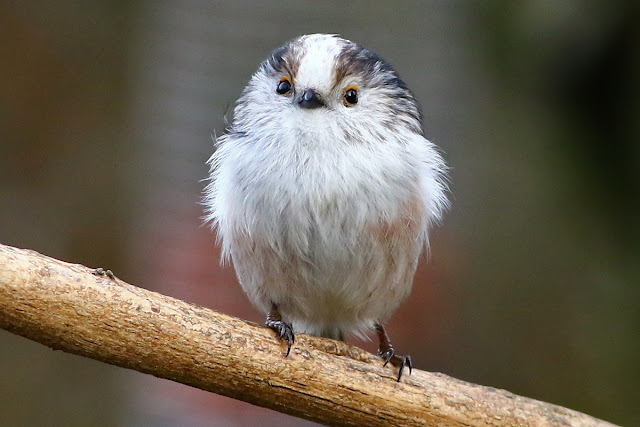 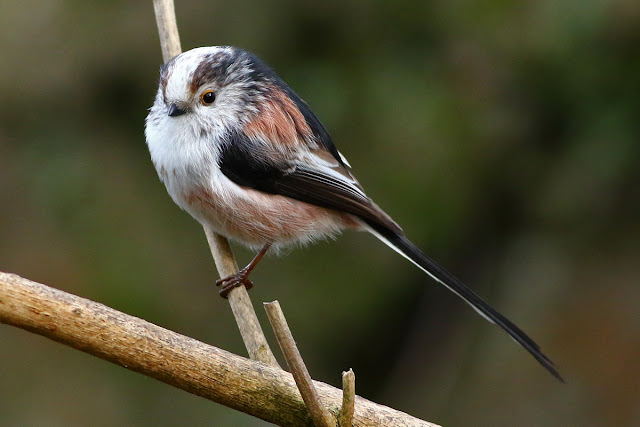 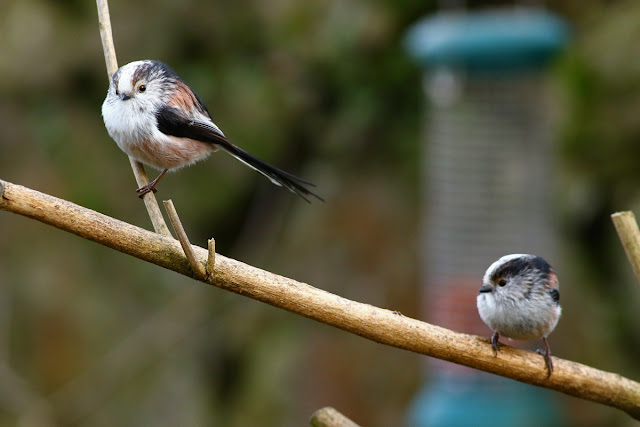 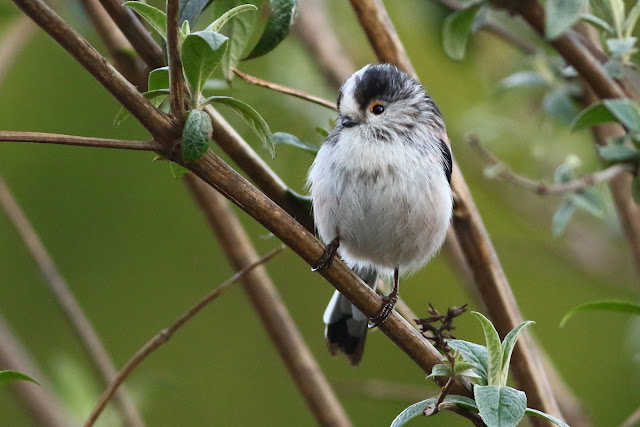 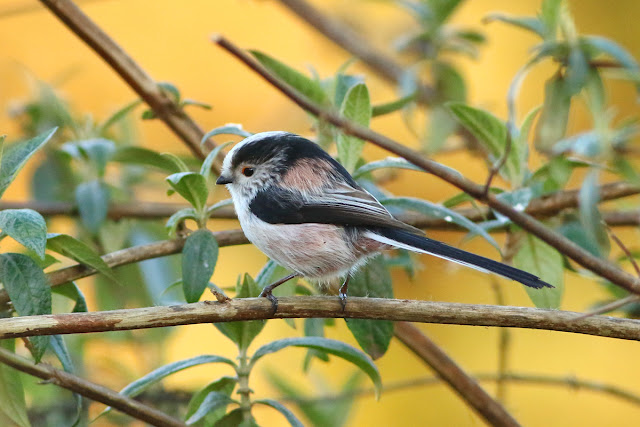