Winter roundup and signs of Spring

Weather wise, winter 2016/17 was fairly typical, with mostly average temperatures throughout. The feeders have remained fairly active until just recently as we now move in to the breeding season, with temperatures on the rise (though still mostly average at 10-12°). We have certainly experienced more frosts than in recent winters, though the only snow (although nothing to shout about) arrived in January. Unlike winter 2015/16, the daffodils started emerging just on time and have been in bloom in Feb and March, rather than December! 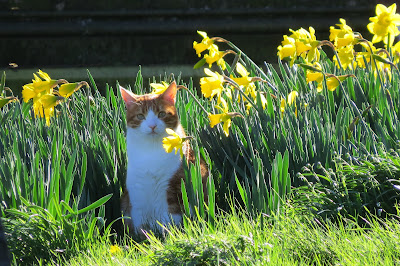 The biggest disappointment has been the shortage of winter visitors. Apart from redwings and fieldfares, which were in good numbers early on in the winter feeding on the yew trees, we have had little else to shout about. One brambling sighting in november, no redpolls and our first siskins of the year arrived in very late February. There had been 1 male and 1 female siskin until this morning when 2 females were present, though no sign of the male. Hopefully they may stay on and breed this year. 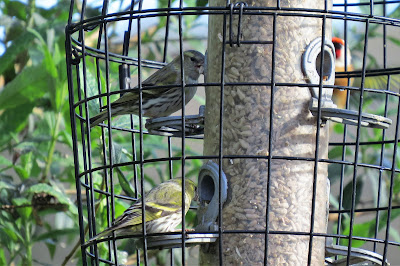 There has been lots of 'flirting' and territorial behaviour, with even some early breeders already on eggs (as per local reports). In the garden at home, a robin is nest building in a coniferous shrub out the front. At feathers there is no evidence of any tits taking up residency in our nest boxes but there may still be time. 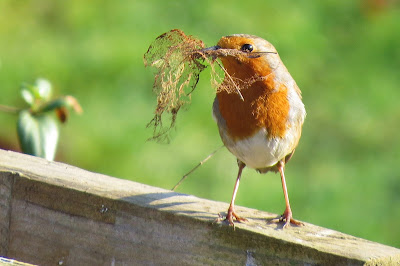 With spells of warmer weather in the past couple of weeks, a few butterflies have been spotted here including brimstone, small tortoiseshell and peacock. 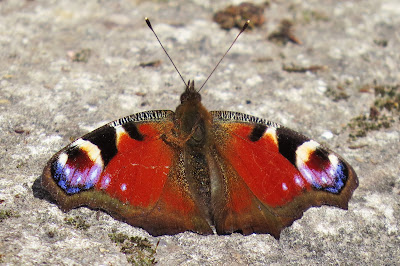 In time for summer, I completed a new insect hotel to place on the shop wall next to the lavender. This latest design is 1.2m tall and features a terraced nest box (ideal for roosting in this case), drilled wood for the solitary bees, a lacewing house, butterfly house and other bits and bobs for sheltering insects. 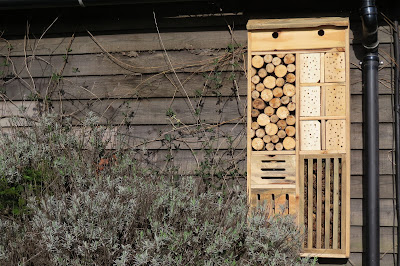