In 2013, the Spotted Flycatchers investigated the nest site they had used previously but disappeared without attempting to breed and in 2014, we only spotted one a couple of times during the summer. So this year we were hoping they would return to breed once more, as unlikely as it seemed. Much to our delight, Allan spotted one by the Oast House on the 27th May and a pair together on the following day. They have now built a good nest which will hopefully withstand any further miserable weather we seem to have been getting recently. They're not always around the nest site at the minute and are obviously venturing further afield to find food, and after having last week off, I'm now back and hoping to get a few nice pics. Today's fine weather presented my first opportunity and Allan has taken some nice pictures too. 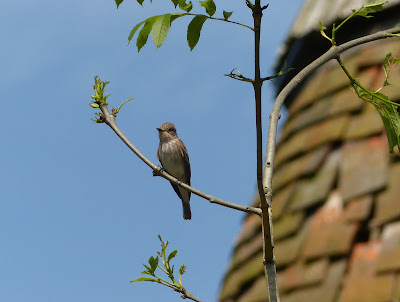 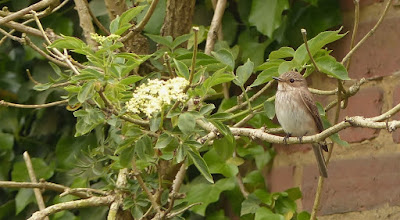 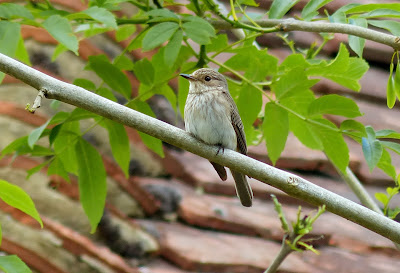 The Oast House is also home to a pair of Blue Tits, at least one pair of Wrens and numerous House Sparrows. The Blue Tits in the nest box in the nature area fledged late in May.