Redpoll, Redwing and Red Kite - three not so common sightings for us, but all three spotted in the past few weeks. The Redpoll (Lesser) arrived on the 26th March amongst the many Siskins and Goldfinches in the Nature Area. The initial rush to get record photographs has proved unnecessary as it is still around now, with two couples spotting it from the hide yesterday morning. Still, an unusual visitor here, though perhaps not too much of a surprise with numerous sightings locally this winter, including a few here one or twice late last year. The Redwing was in fact in the Nature Area at the same time as the initial sighting, and though not as uncommon as the rest (certainly during a cold winter or in the Autumn as they demolish the yew berries) was still a surprise given the time of year. 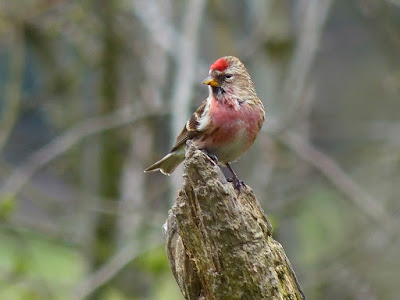 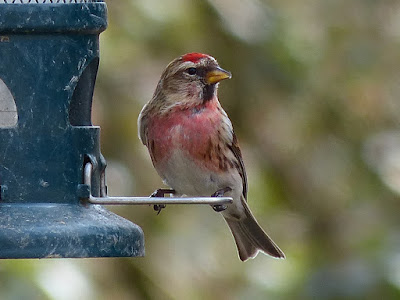 Last Spring, Red Kites were not an uncommon sighting in East Sussex, with the SOS receiving many reports of most likely migrants arriving back in the UK after spending the winter in warmer climes. Even here we had a period of a week or two (around late March) where we were spotting them regularly, though between then and now we have only noted one sighting on the 10th October, perhaps a bird making its way back south. Yesterday morning (12th April) a single bird graced the glorious blue sky and was soon joined by 2 Buzzards - a delight to watch and made all the more enjoyable by the long time it spent lazily soaring in the thermals, allowing for some nice views through the bins and a few record shots with the camera. 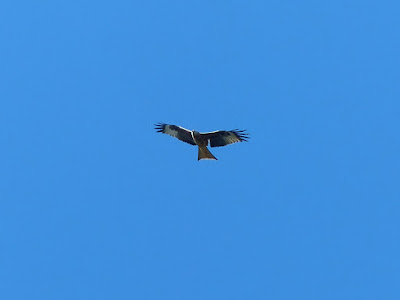 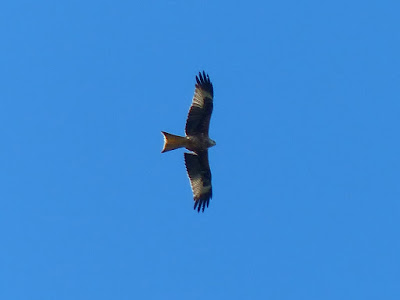 The feeders have quietened down significantly as anticipated; April is always a quiet month as the birds have other things on their mind, along with a more plentiful supply of natural food. Still it's one of my favourite times of the year, with longer (plus hopefully warmer) days and the arrival of the spring migrants. Our first Cuckoo was heard this morning, Chiffchaffs chiffchaffing for perhaps a couple of weeks and a couple of local Swallows, though none here yet. You can see our spring first dates here which will be updated as new arrivals turn up.

Once again, the Kestrels are inspecting the church, and once again they are getting hassle from the local Jackdaws. It never seems to put them off so hopefully we will witness this space being used once again to raise another brood.

Binocular sales have been exceptionally good for us since adding Swarovski to our range late last year, allowing us to expand very recently with the addition of Vortex optics. On Sunday 17th April I will be attending Kent Wildlife Trust's Sevenoaks Wildlife Reserve for an Optics Demonstration Day, and another on Sunday 1st May at Bough Beech, so do pop along if you can.